Assembly polishing; can run alone or as part of a combined workflow for large genome assembly. 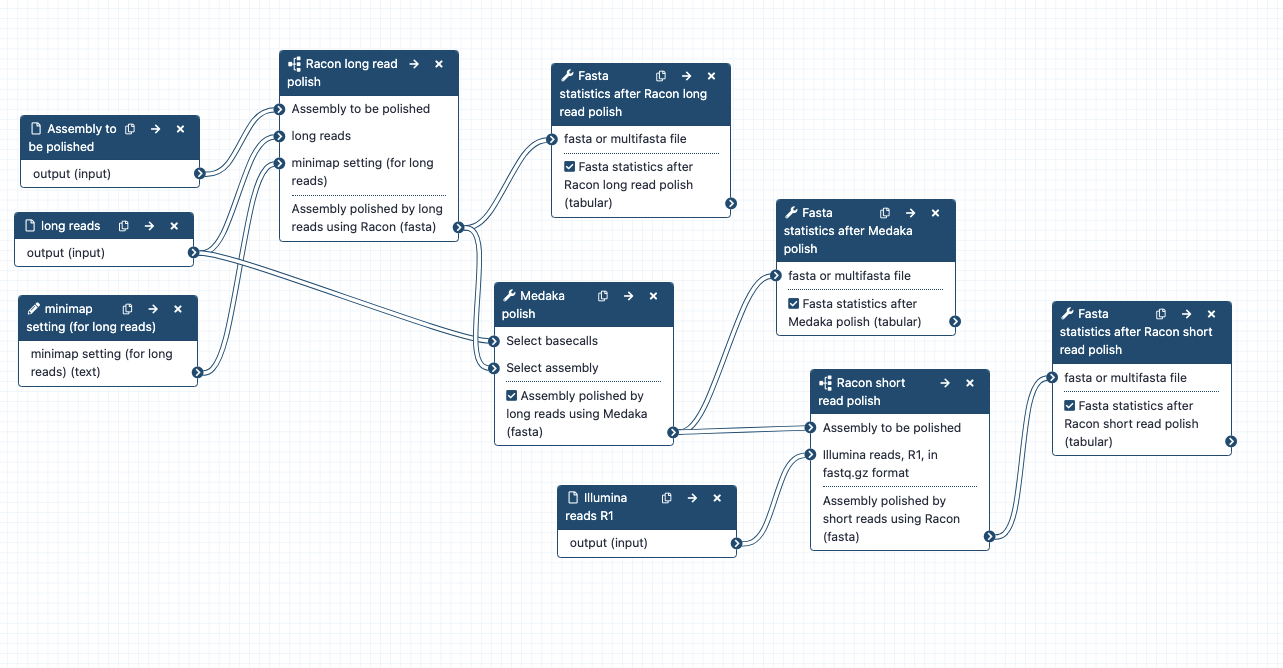